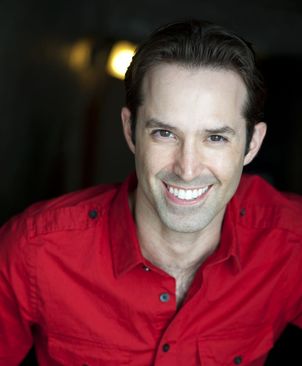 NICK DEPINTO (Henry Adams) is an American Actor based in Washington DC. He has studied at the Moscow Art Theatre, the Hilberry Repertory Theatre at Wayne State University, and Wittenberg University. For the past 17 years he has performed internationally, regionally, on national tours and here in the nation's capital. Around DC you have seen him at the esteemed Olney Theatre Center; the rowdy Constellation Theatre; the historic Ford’s Theatre; at the renowned Shakespeare Theatre Company; at the rascally Washington Stage Guild, at the zesty Annapolis Shakespeare Festival; at the subversive The Welders. When not onstage Nick can be found teaching Acting for Stage & Screen at Mcdaniel College. He also enjoys painting & photography (Find his work on flickr.com!) as well as comic books, cooking, and playing original music with his comedy rock duo A Rustic Riot or with his powerfolk band The Dusty Stars. Nick has 1 wife and 1 cat.
Nick is sponsored by the generosity of an Anonymous Donor